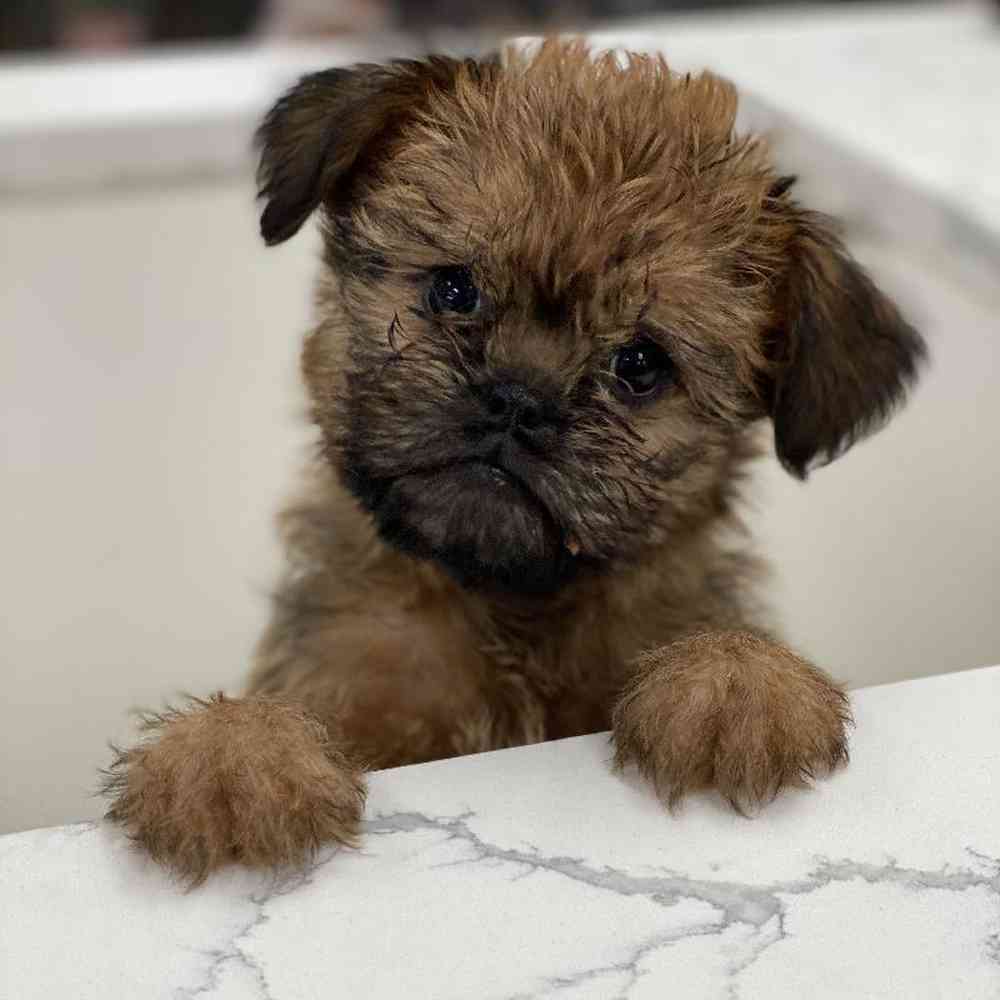 Tipping the scales at no more than 12 pounds, this humanlike toy of complex character has enough personality for 10 ordinary dogs. A sensitive companion for discerning grownups, the Brussels Griffon is smart, devoted, and comically self-important.

The Brussels Griffon was popular in the 17th century with cab drivers in Brussels, used to keep the stables free of vermin. Likely to be a cross of the Affenpinscher, English Toy Spaniel, Irish Terrier and Yorkshire Terrier, the engaging personality of the Brussels Griffon soon made them a highly desired companion dog.

Very small, 7-9” at the shoulders, weighing anywhere from 8-12 pounds. The Brussels Griffon is a sturdy little dog with a wiry coat that comes in red, white, black, and black with tan.

The Brussels Griffon has a life expectancy of 12-15 years and is prone to eye problems, respiratory disorders, and slipped patellas.

Your Brussels Griffon will want to be with you wherever you go. Although a terrier with terrier-like determination, this is not a breed that does well when left alone a lot. Your Brussels Griffon will need your companionship, and if you work then best hire a pet sitter to come in for mid-day visits! They are charming, curious, lively, and intelligent. They also need a lot of socialization because they are sensitive and can easily become shy and fearful around strangers. They are great trick performers and love to learn, although require your patience with training. Your Brussels Griffon needs your clear and consistent communication using only humane motivational methods.

Grooming Requirements:   Requires regular brushing and bathing.  Coat: Short and rough  Shedding: Little to no shedding  Hypoallergenic: Yes  Apartment Living: Good for apartment living if given sufficient exercise; very active indoors.  Lap Dog: Yes  Good With Children: Good with older children who understand how to respect such a small dog.  Good With Other Pets: Generally good with other pets when well socialized at an early age

Size - Weight usually 8 to 10 pounds, and should not exceed 12 pounds. Type and quality are of greater importance than weight, and a smaller dog that is sturdy and well proportioned should not be penalized. Proportion - Square, as measured from point of shoulder to rearmost projection of upper thigh and from withers to ground. Substance - Thickset, compact with good balance. Well boned

A very important feature. An almost human expression. Eyes set well apart, very large, black, prominent, and well open. The eyelashes long and black. Eyelids edged with black. Ears small and set rather high on the head. May be shown cropped or natural. If natural they are carried semi-erect. Skull large and round, with a domed forehead. The stop deep. Nose---very black, extremely short, its tip being set back deeply between the eyes so as to form a lay-back. The nostrils large. Disqualifications - Dudley or butterfly nose. Lips edged with black, not pendulous but well brought together, giving a clean finish to the mouth. Jaws must be undershot. The incisors of the lower jaw should protrude over the upper incisors. The lower jaw is prominent, rather broad with an upward sweep. Neither teeth nor tongue should show when the mouth is closed. A wry mouth is a serious fault. Disqualifications - Bite overshot. Hanging tongue.

Forelegs medium length, straight in bone, well muscled, set moderately wide apart and straight from the point of the shoulders as viewed from the front. Pasterns short and strong. Feet round, small, and compact, turned neither in nor out. Toes well arched. Black pads and toenails preferred.

Hind legs set true, thighs strong and well muscled, stifles bent, hocks well let down, turning neither in nor out.

The rough coat is wiry and dense, the harder and more wiry the better. On no account should the dog look or feel woolly, and there should be no silky hair anywhere. The coat should not be so long as to give a shaggy appearance, but should be distinctly different all over from the smooth coat. The head should be covered with wiry hair, slightly longer around the eyes, nose, cheeks, and chin, thus forming a fringe. The rough coat is hand-stripped and should never appear unkempt. Body coat of sufficient length to determine texture. The coat may be tidied for neatness of appearance, but coats prepared with scissors and/or clippers should be severely penalized. The smooth coat is straight, short, tight and glossy, with no trace of wiry hair.

Either 1) Red: reddish brown with a little black at the whiskers and chin allowable; 2) Belge: black and reddish brown mixed, usually with black mask and whiskers; 3) Black and Tan: black with uniform reddish brown markings, appearing under the chin, on the legs, above each eye, around the edges of the ears and around the vent; or 4) Black: solid black. Any white hairs are a serious fault, except for "frost" on the muzzle of a mature dog, which is natural. Disqualification – White spot or blaze any where on coat.

Movement is a straightforward, purposeful trot, showing moderate reach and drive, and maintaining a steady topline.

Griffon-type dogs were well known in Europe for centuries. In Van Eyck’s celebrated 1434 portrait of the “Arnolfini Couple,” we glimpse a distant ancestor of the Griff. It’s a small, griffon-type dog with a longer muzzle than today’s flatter-faced, pouty-lipped version. The Griff’s story, however, properly begins in Brussels, Belgium’s capital city, in the early 1800s. It was then that the Griff began his rise from rough-and-tumble rat dog to sophisticated laptop companion. The coachmen of Brussels commonly kept small terrier-type dogs to keep down the rat population in their stables. These were typically Affenpinscher-like dogs known as “griffons d’ecurie,” or “wire-coated stable dogs.” The hack drivers experimented with various crosses to improve their dogs. No written records of these breedings survive, but dog people have surmised that the Pug, English Toy Spaniels, an old Belgian breed called the Brabancon, and perhaps even Yorkshire Terrier, were all part of the genetic mix that produced the Brussels Griffon. The turning point of Griff history came in the 1870s, when the dog-loving Henrietta Maria, Queen of the Belgians, took a liking to the breed. With royal patronage, the Griff’s future was assured. They became all the rage among the queen’s courtiers, and kennel keepers of the upper classes further refined the breed, making the body smaller and the face more humanlike. The royal boost received by the breed led to international interest, and Griffs were exported to England and America. The AKC registered its first Griff in 1910. As is the case with so many European breeds, the two world wars decimated the Griff population. If not for the dedication of U.S. and British enthusiasts, the breed might not have survived. The Brussels Griffon won millions of new fans in 1997, when a spicy Griff named Jill upstaged Jack Nicholson in the hit movie “As Good As It Gets.”

A toy dog, intelligent, alert, sturdy, with a thickset, short body, a smart carriage and set-up, attracting attention by an almost human expression. There are two distinct types of coat: rough or smooth. Except for coat, there is no difference between the two.

The Brussels Griffon should do well on a high-quality dog food, whether commercially manufactured or home-prepared with your veterinarian’s supervision and approval. Any diet should be appropriate to the dog’s age (puppy, adult, or senior). Some dogs are prone to getting overweight, so watch your dog’s calorie consumption and weight level. Treats can be an important aid in training, but giving too many can cause obesity. Learn about which human foods are safe for dogs, and which are not. Check with your vet if you have any concerns about your dog’s weight or diet. Clean, fresh water should be available at all times.

There are two types of Brussels Griffon, with two types of coats: smooth and rough. With the smooth-coated Griffon, weekly brushing—daily during shedding season, which is usually a week or two in the spring, and then again in the fall—and the occasional bath will help to remove dirt and loose hair and keep the dog looking his best. Rough-coated Griffons do not shed. Many have their hair—except for the distinctive beard—clipped short, either by their owner or a professional groomer. As with all breeds, the nails should be trimmed regularly, as overly long nails can be painful to the dog and cause problems walking and running.

Griffons need at least a half-hour of moderate exercise a day to stay healthy and happy. They love to romp and play, and are happiest when doing activities together with their people. A game of chasing the ball is fun for both dog and owner. Their intelligence and trainability mean that many Brussels Griffons excel in canine events such as obedience, agility, and tracking.

Early socialization and puppy training classes are recommended for all dogs and help to ensure that the Griffon grows into a well-adjusted, well-mannered companion. Griffs have a high degree of intelligence and bond strongly with their owners, which makes them easy to train. As with many toy breeds, though, housebreaking may take some extra time and effort. Griffons have a very sensitive nature, and they don’t respond well to harsh corrections or training methods. A Griffon wants to be with his family, often following his person from room to room, and undesirable behaviors can result if he is regularly left alone for long periods of time.

Griffs are generally healthy dogs, and responsible breeders screen their stock for health conditions such as heart problems, eye defects such as cataracts, and orthopedic problems such as patella luxation and hip dysplasia. Like all flat-faced breeds, Brussels Griffons can experience breathing problems in sunny, hot, or humid weather, and usually snore. As with all breeds, a Griffon’s ears should be checked regularly for signs of infection, and the teeth should be brushed often, using a toothpaste designed for dogs. 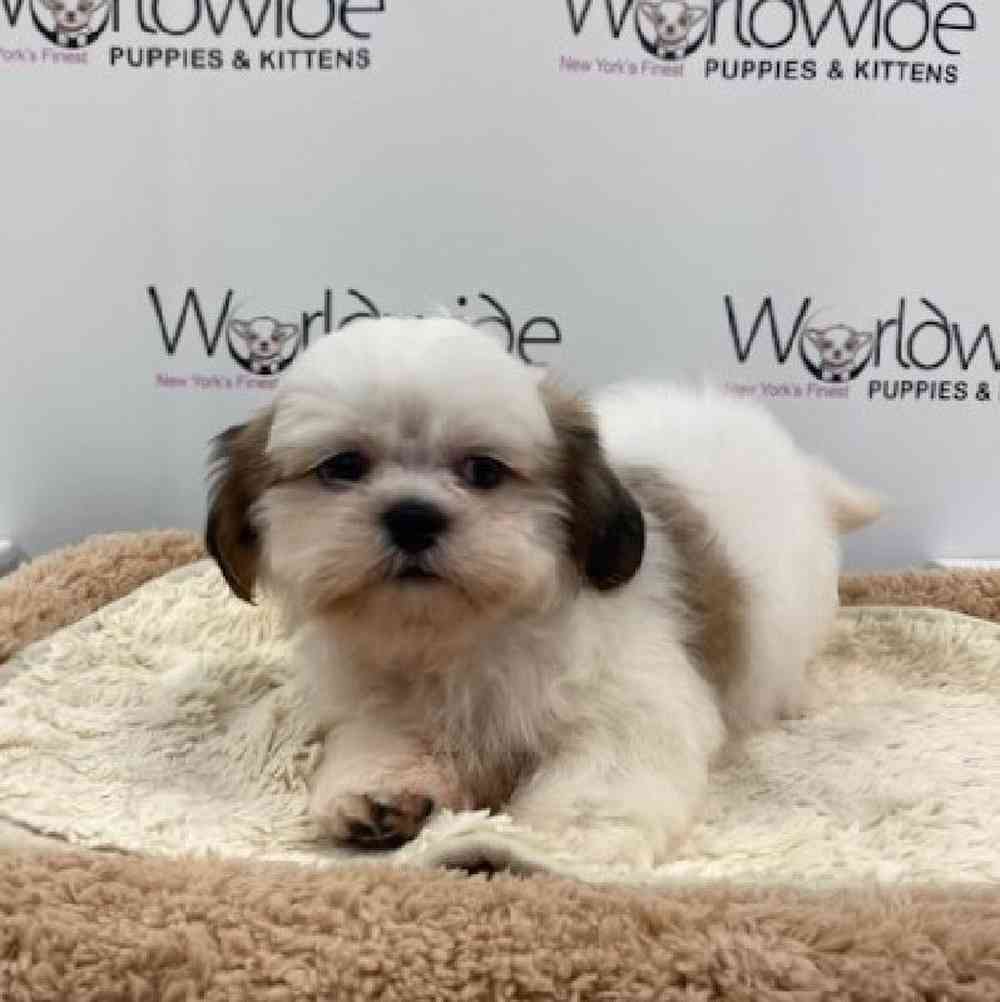 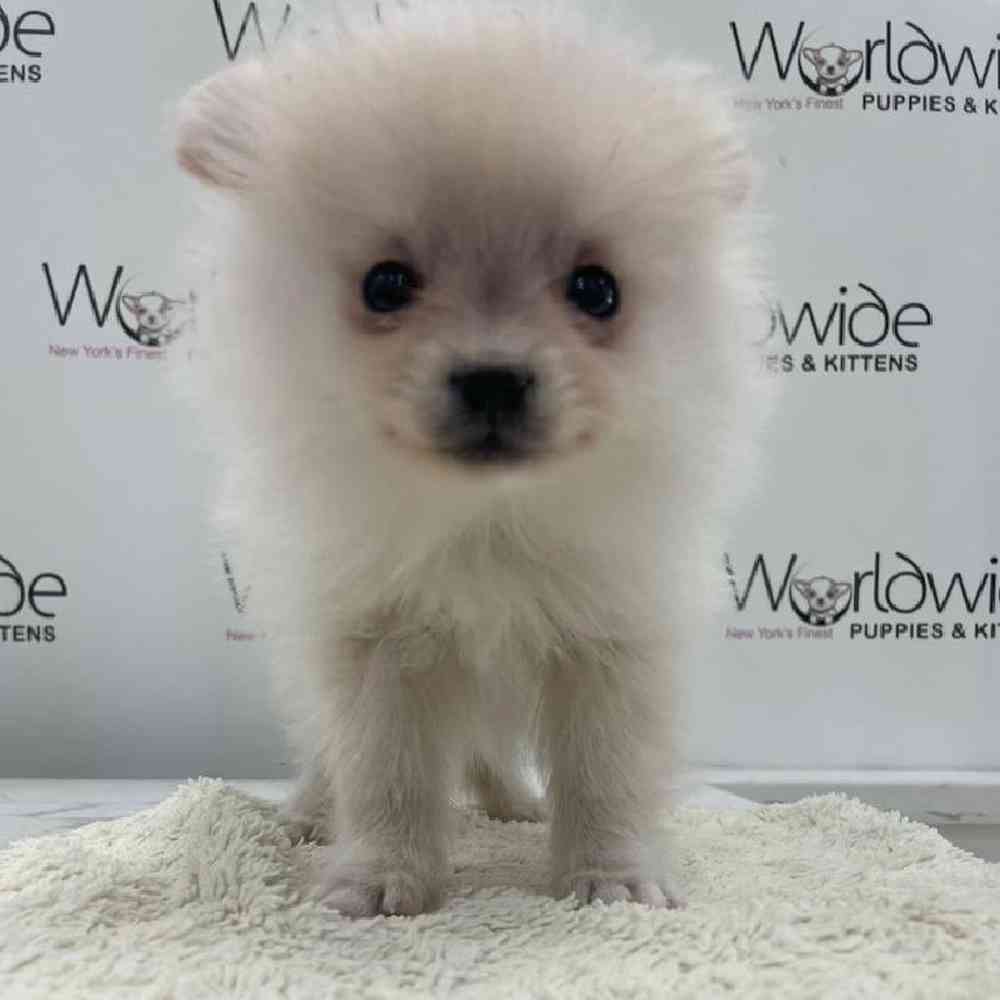 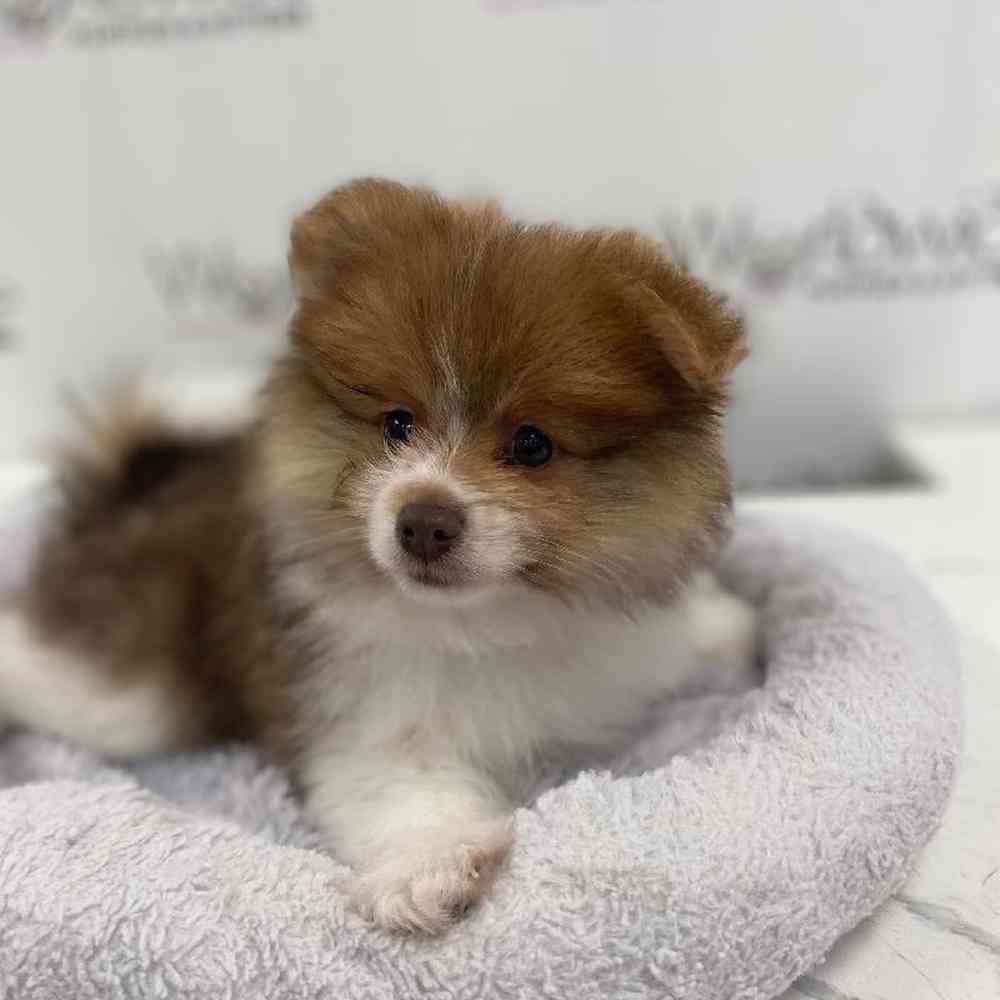